“Building a Better Camera / First-Person Films” is a talk/screening/mixtape that critically engages with contemporary image capturing techniques in the age of computer vision. An assortment of video, online,and textual sources is recombined in an effort to trace the poetic development of the first-person film and its relationship to the increasingly totalizing gaze of the digital camera. Advances in storage, memory, broadband speed and hardware accessibility have encouraged a profileration of long-takes, unedited video footage, sub-amateur photography & crowd-sourced surveillance.  We can now “share” our own visual perspectives as easily as we share blog posts. What are the differences between reading a screenful of information and looking? What could this mean for what we know as memory?

Chris Cuellar (artist, LA) likes to work with writing, sound, performance & digital media. Topics include but are not limited to the politics of presence, the distribution of information, skeuomorphs, and acceleration. Chris has also published numerous volumes on Lulu, including an early collection of spam poetry and the entire Facebook public directory, circa Summer 2010 (ongoing). He has worked and performed for the Austin New Music Co-op in Austin, TX; the Sullivan & Betty Rymer Galleries; the Hyde Park Art Center & the Red Rover Reading Series in Chicago; Diapason Gallery in Brooklyn. Writings can be found at at DINCA & at Art:21 blog. He has also provided technical assistance for Project Cabrini Green and served as associate editor for the online literary journal, Dear Navigator. You can visit his website (occupied), follow him on Twitter and/or Key Party with him on Facebook. 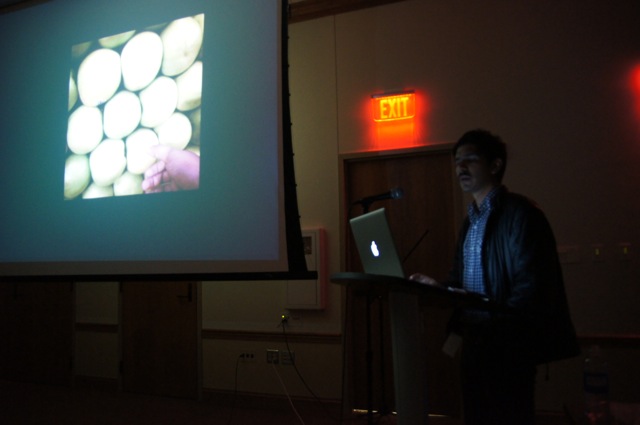